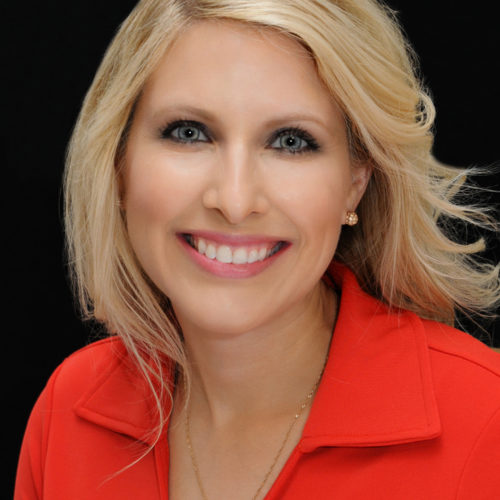 Katrina Griffin is a nationally recognized leader and award-winning German teacher at North County High School in Glen Burnie, Maryland. She is an ACTFL Board Member and Mentor and has written articles for The Language Educator. In 2017, Katrina was named the ACTFL Teacher of the Year.

As a founding member of the STEM magnet program at her high school, she instituted an annual German STEM Immersion Day for students at local elementary, middle, and high schools in 2014. Katrina has developed numerous STEM resources for language teachers and is passionate about teaching students and teachers how STEM skills can benefit them now and in the future. In honor of her work with STEM and languages, she earned the 2017 ACTFL Leo Benardo Award for Innovation in K-12 Language Teaching.

From 2013-2017 Katrina served as chair of the Maryland Foreign Language Association’s Advocacy Committee, and since 2016 has lobbied for support of languages on Capitol Hill during the annual JNCL-NCLIS Advocacy Day. Her collaboration with both ACTFL and JNCL-NCLIS leadership over the past three years was instrumental in getting the Seal of Biliteracy passed in the state of Maryland in 2016.

Katrina served as the Treasurer for the American Association of Teachers of German, authors the National German Exam, and is an AP College Board Consultant and the AP German Community Moderator. She is a prolific workshop presenter, invited consultant, and keynote speaker on topics such as student engagement, proficiency-based instruction, AP German, and STEM for languages.

Katrina holds a Master’s degree in German from Middlebury College, a B.S. in Secondary Education from Bloomsburg University, and B.A. degrees in International Politics and German from Penn State University.

All Sessions by Katrina Griffin