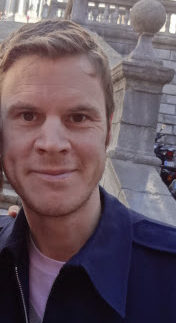 Originally from Ireland, Kevin Quigley has been living in New England since 2016. He obtained his Masters degree in French Language and Literature from the University of Glasgow in 2002. Before becoming a teacher, he was a student in language classrooms all over the world. As well as French, he studied German at school, Icelandic in Reykjavik, and Korean at a language center in Seoul. He subsequently taught in France, Switzerland, Morocco and South Korea.

Having been both a learner and a teacher of languages in many different contexts, he has developed a clear sense of what works (and does not work) in the World Language classroom. Discovering Comprehensible Input changed his life and the lives of his students almost overnight. His zeal for CI has led him to present at several conferences where he managed to win Best in NH at NHAWLT as well as Best in RI at RIFLA.

During lockdown, he continues to bring communicative language teaching to his middle and high-school students on Zoom, and has even started a CI-inspired TikTok to make sure his students are getting their daily dose of input.

All Sessions by Kevin Quigley