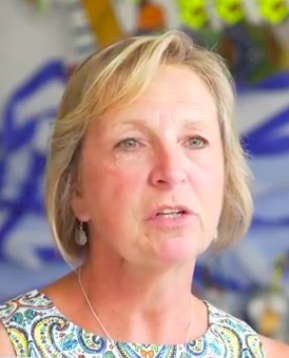 Rita A. Oleksak is the Director of Foreign Languages/ELL for the Glastonbury Public Schools. She oversees a staff of 60 foreign language teachers and ELL tutors and is responsible for hiring and direct supervision. Her work focuses on building target language proficiency across the modes of communication in a grade 1-12 articulated and sequential program.

In 2009, Glastonbury was named one of the first 20 Confucius Classroom cohorts. Glastonbury has also been funded for 13 STARTALK summer programs including Arabic, Chinese, and Russian teachers and students. Rita currently serves on the STARTALK Taskforce. Rita is currently president of JNCL-NCLIS, our national lobbying organization. She also serves on the K-16 Academic Alliances Committee for the Modern Language Association.

She served as one of the original organizing partners of the LILL Leadership Team. In 2013, Rita was honored to be awarded the NADSFL – Pearson Supervisor of the Year Award. In 2015 she received the ACTFL Florence Steiner Award for Leadership in Foreign Language Education K-12.

All Sessions by Rita Oleksak