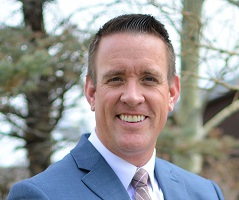 ¡Hola! Steve Bell, is originally from northern Nevada. Steve learned Spanish in Honduras while living there for two years as a missionary for his church. Shortly after, he earned a Bachelor’s in Spanish Education from BYU-Idaho. Steve student-taught in Mesa, AZ at Poston Junior High, and acquired a teaching position at the same school where he taught Spanish for 9 years levels Intro, I, and II. During that time, he earned an MEd from Northern Arizona University in School Leadership and Administration. In 2015, Steve moved to Big Piney, WY where he has taught Spanish at Big Piney High School levels I, II, III, and Native-Speakers. Steve and his family love Wyoming, and teaching Spanish and Hispanic culture to his students. ¡Mucho gusto!

All Sessions by Steve Bell